Create your own bullet hell in this escalating symphony of destruction. How long can you survive?

A bullet hell with a sinister twist. Think fast and strategically as you weave through a bullet hell of your own making. Easy to learn and hard to master, TERROR SQUID is an arcade experience unlike any other.

Create your own bullet hell

Conduct your symphony of destruction. Dodge tantalising bullet patterns of your own design. Survive for long enough to release a primordial blast of dark energy, detonating your projectiles in gloriously satisfying chain reactions. Perfect your strategy to squeeze every precious second out of each run.

Unique vector graphics and a thumping soundtrack combine to deliver a deliciously terrifying arcade experience. Feel the dopamine rushing through your veins and give in to the assimilation.

Reign havoc upon your friends' highscores. Rise to the top of the gene pool. Ascend.

The flesh is weak

Cast aside your puny human shell and give in to the darkness. Become Terror.

There is no hope

There is only TERROR SQUID

TERROR SQUID was the winner of the 2019 Norwegian Gameplay Championships. The theme for the competition was "arcade", and the prize was 100 000 NOK and a permanent spot at Oslo arcade bar Tilt. On February 21st, the TERROR SQUID arcade cabinet was revealed and has been devouring tokens ever since. 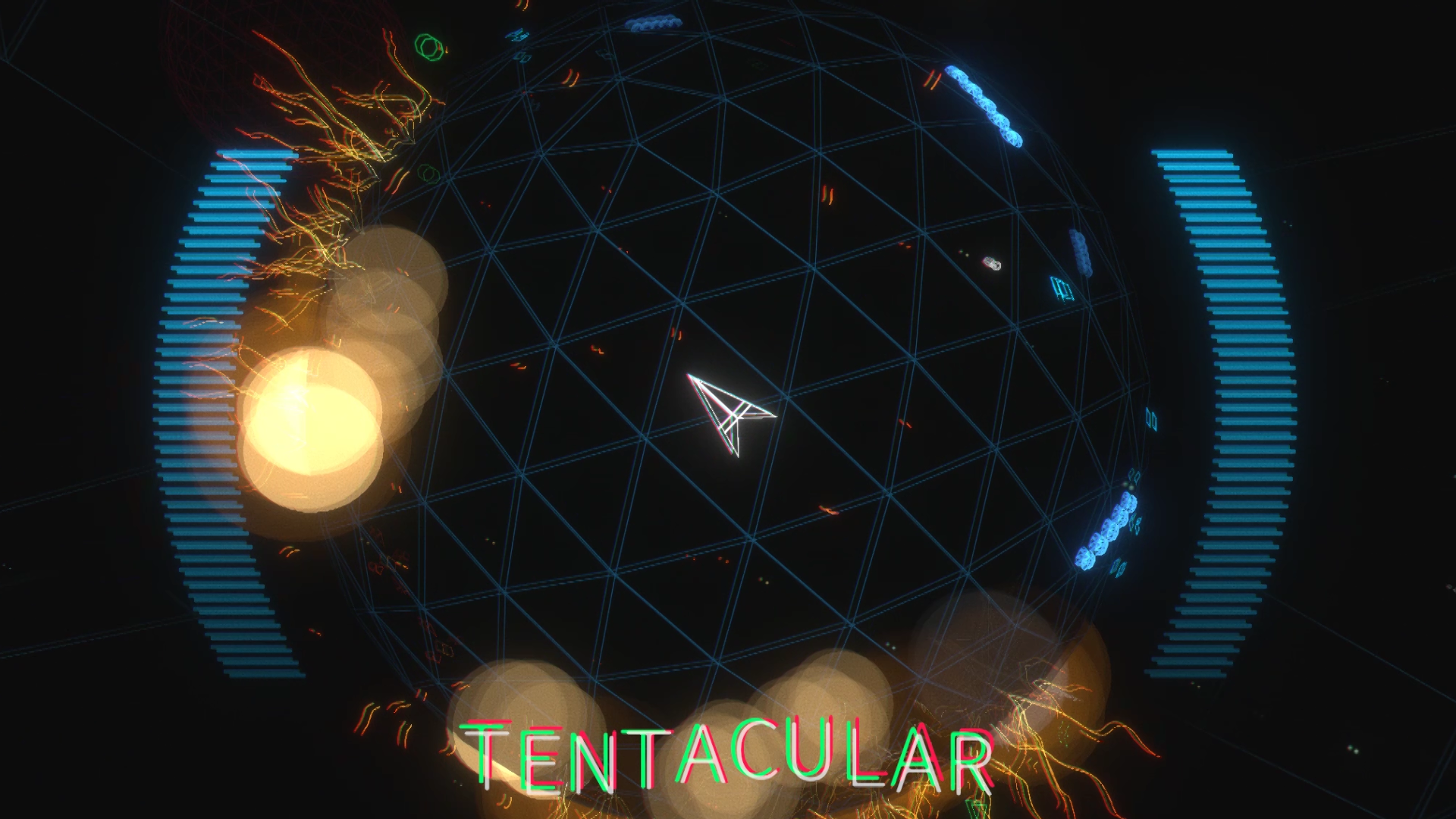 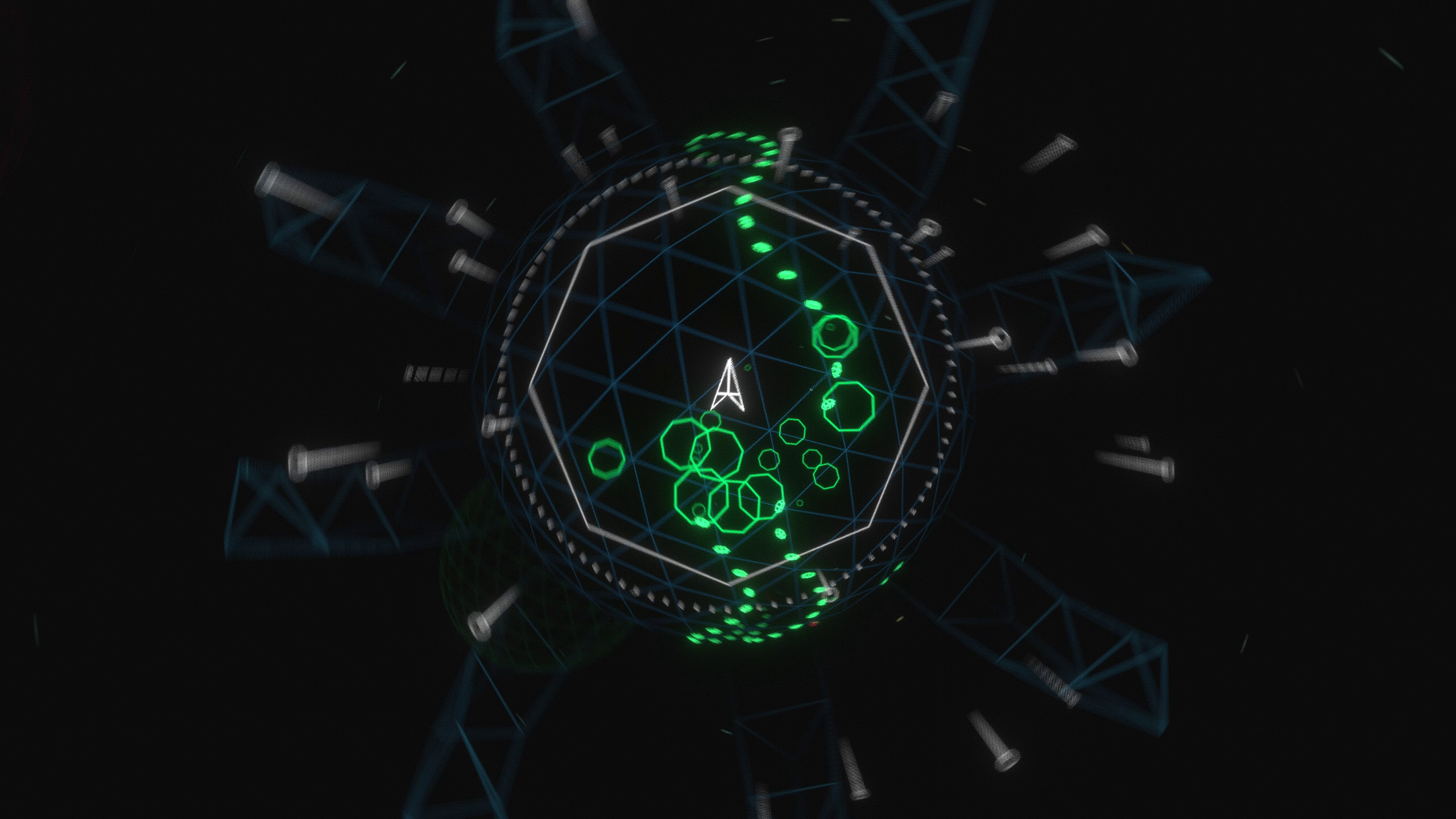 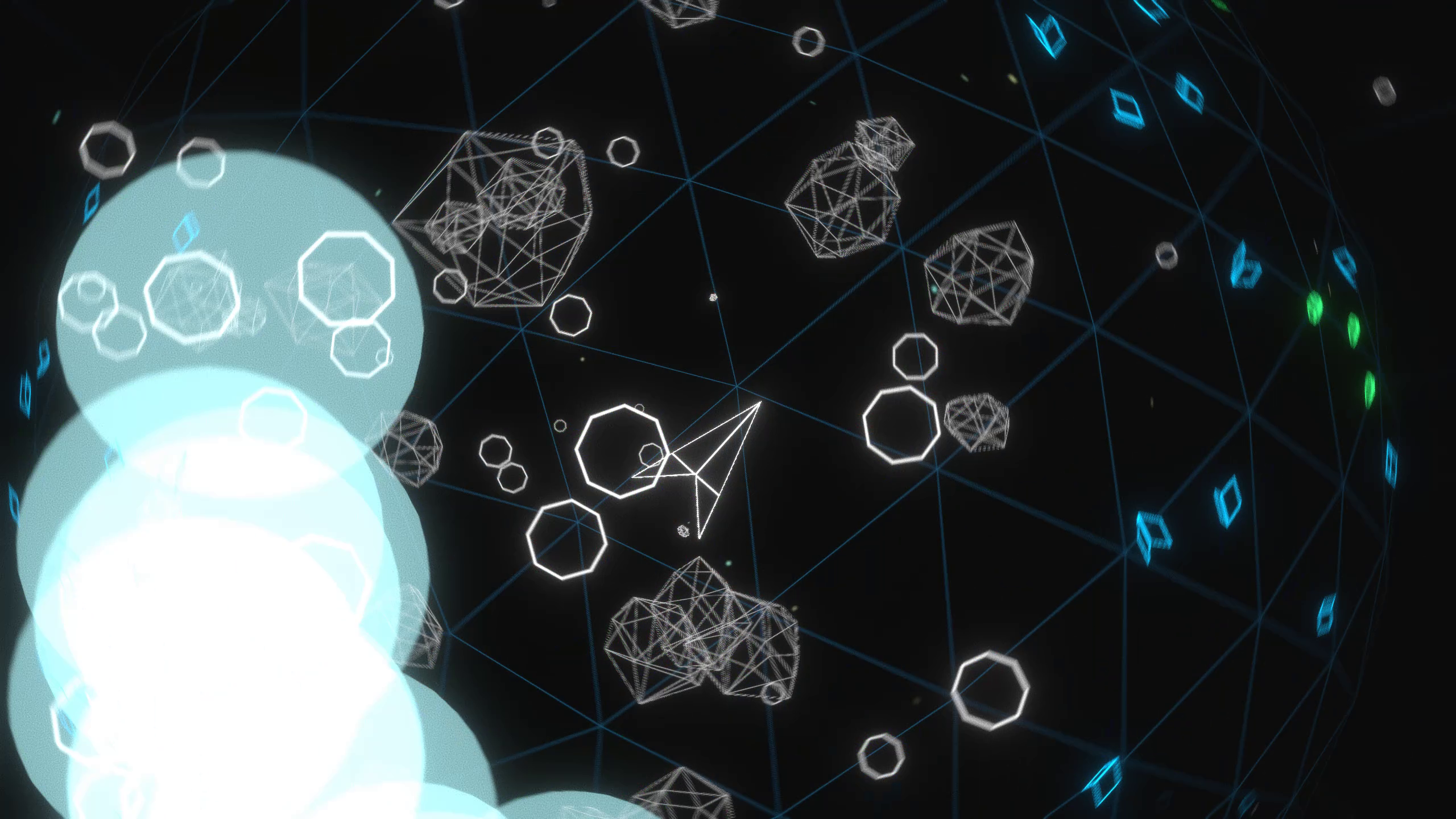 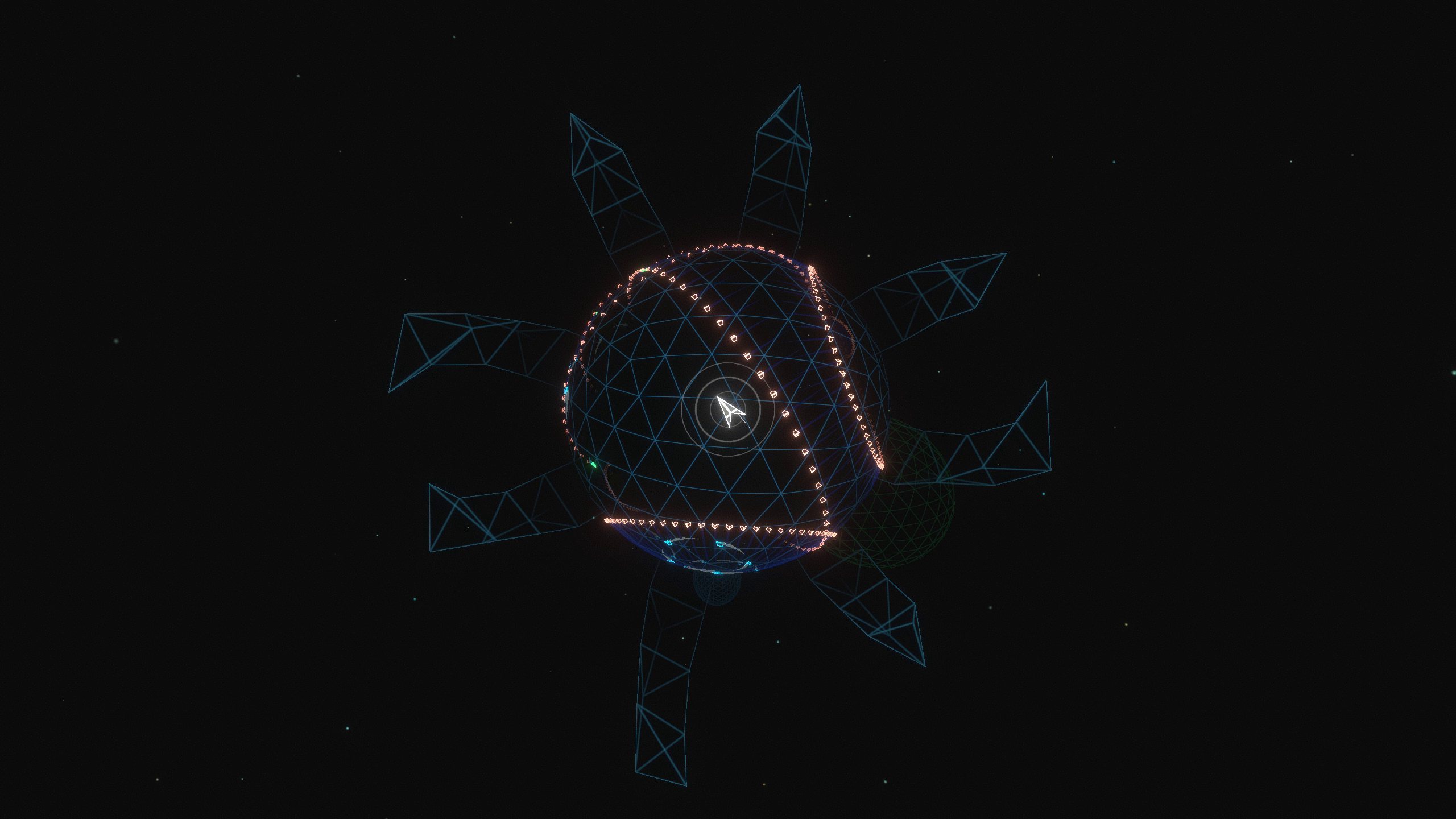 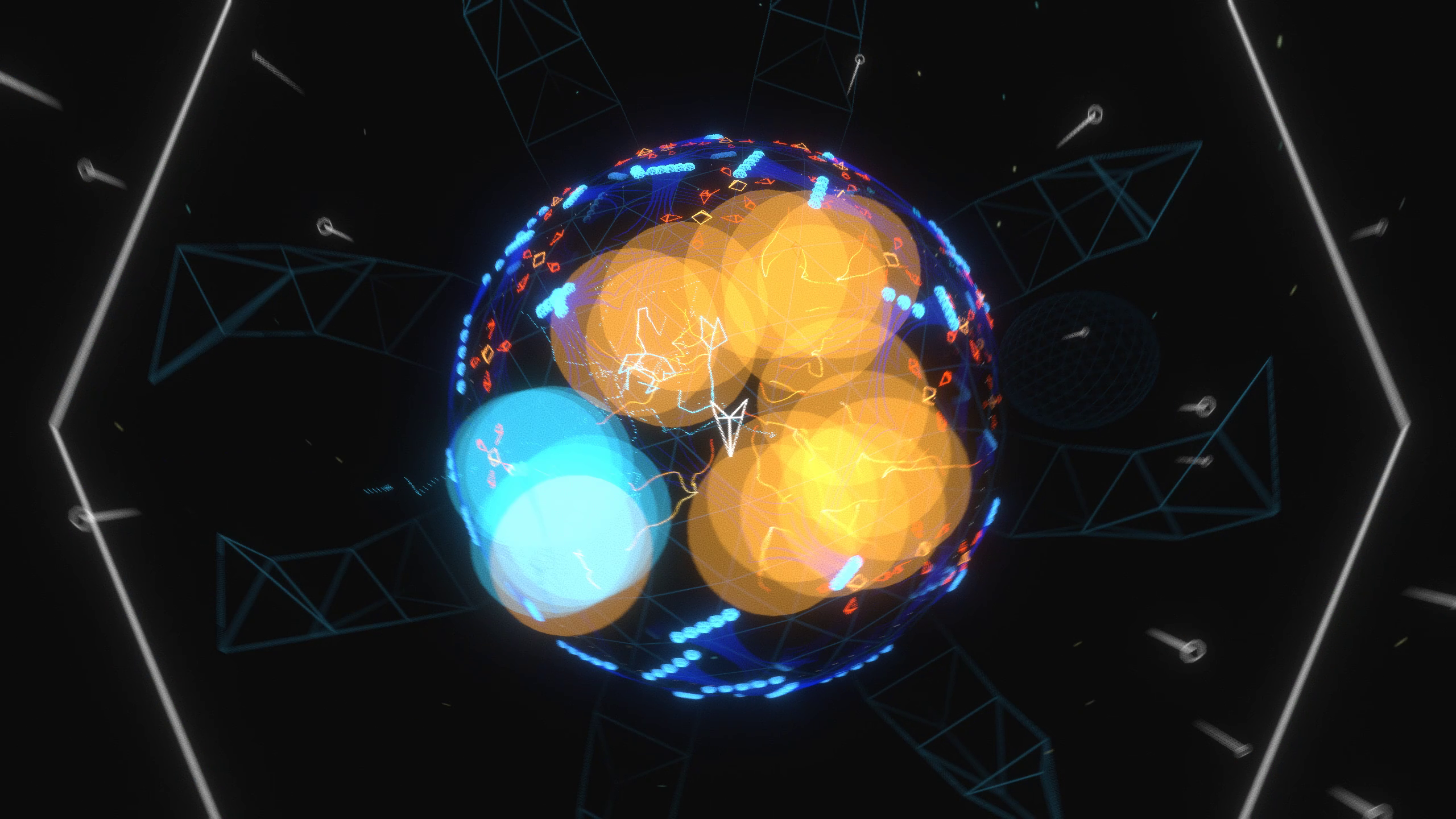 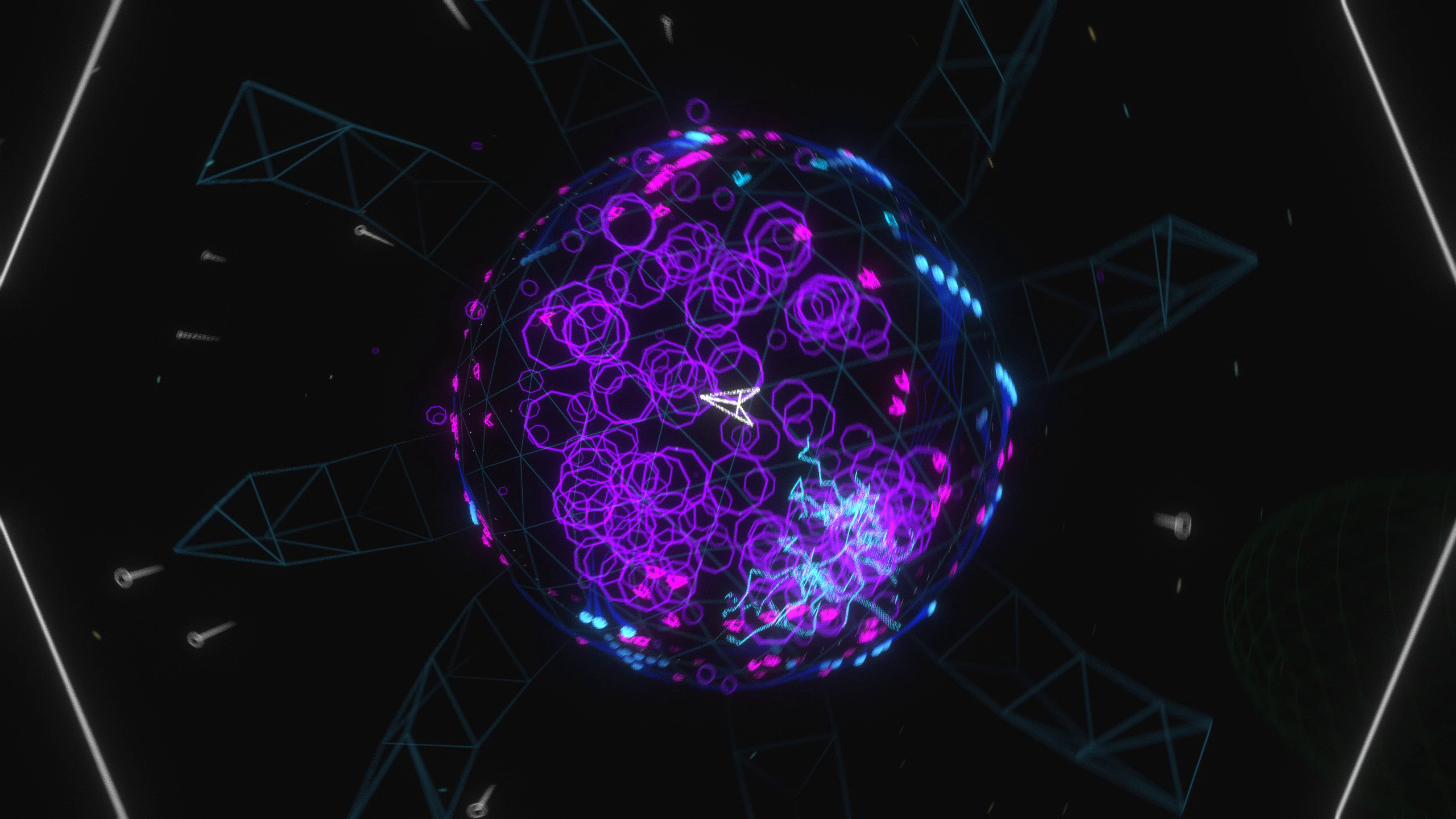 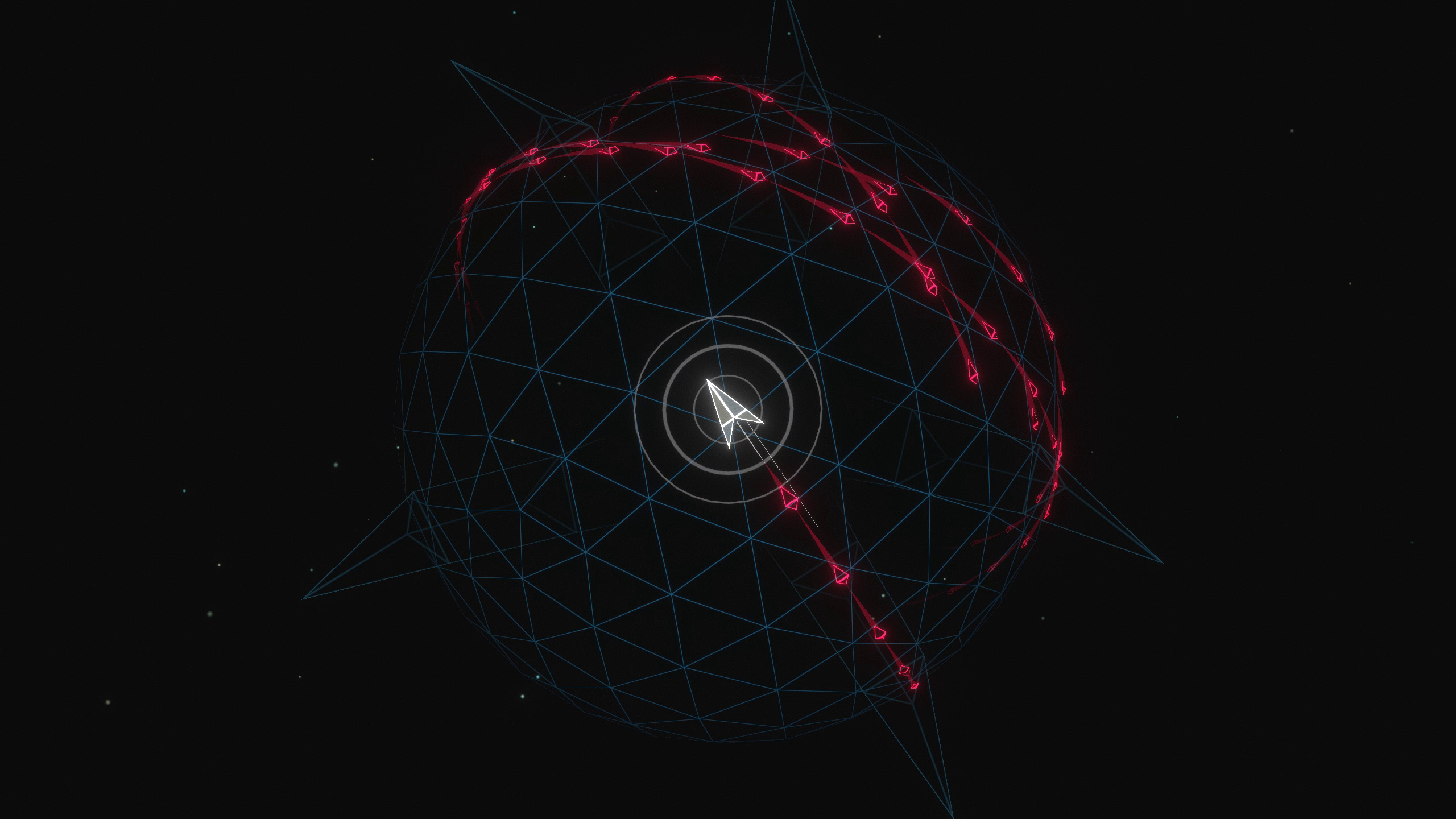 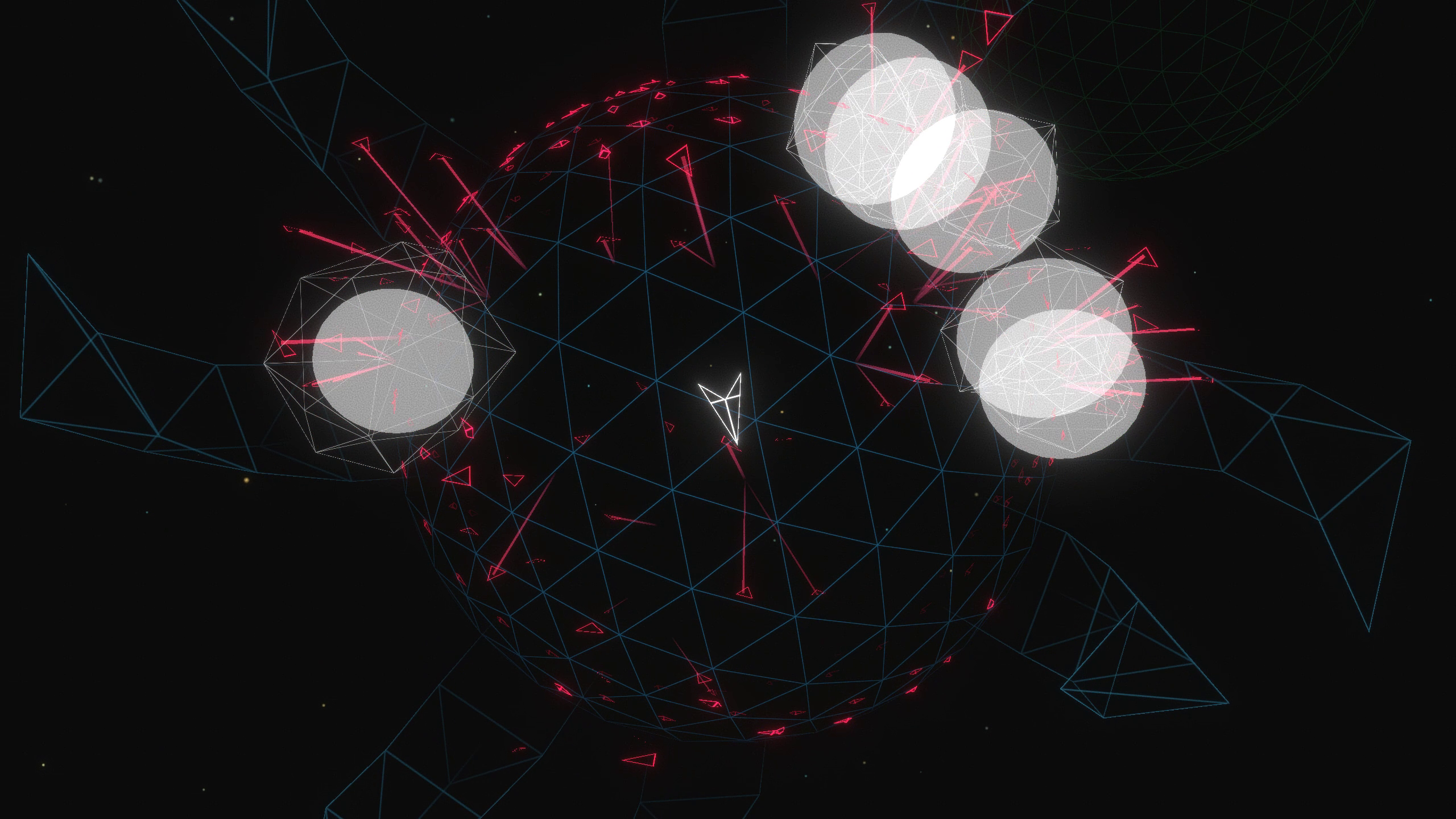 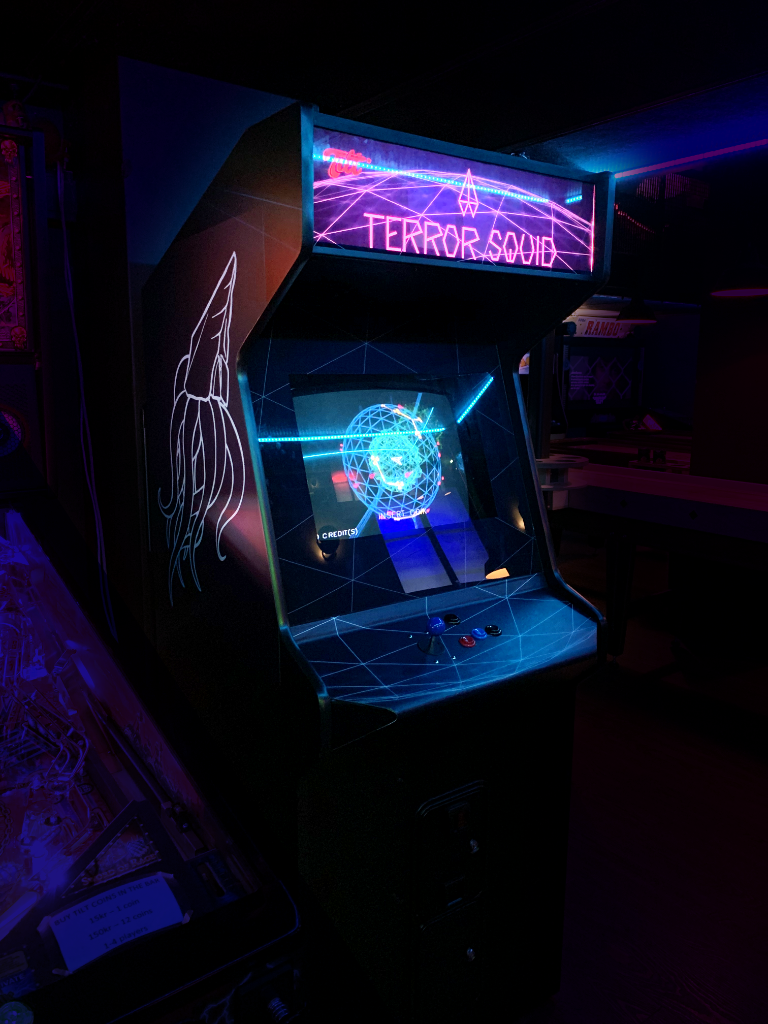 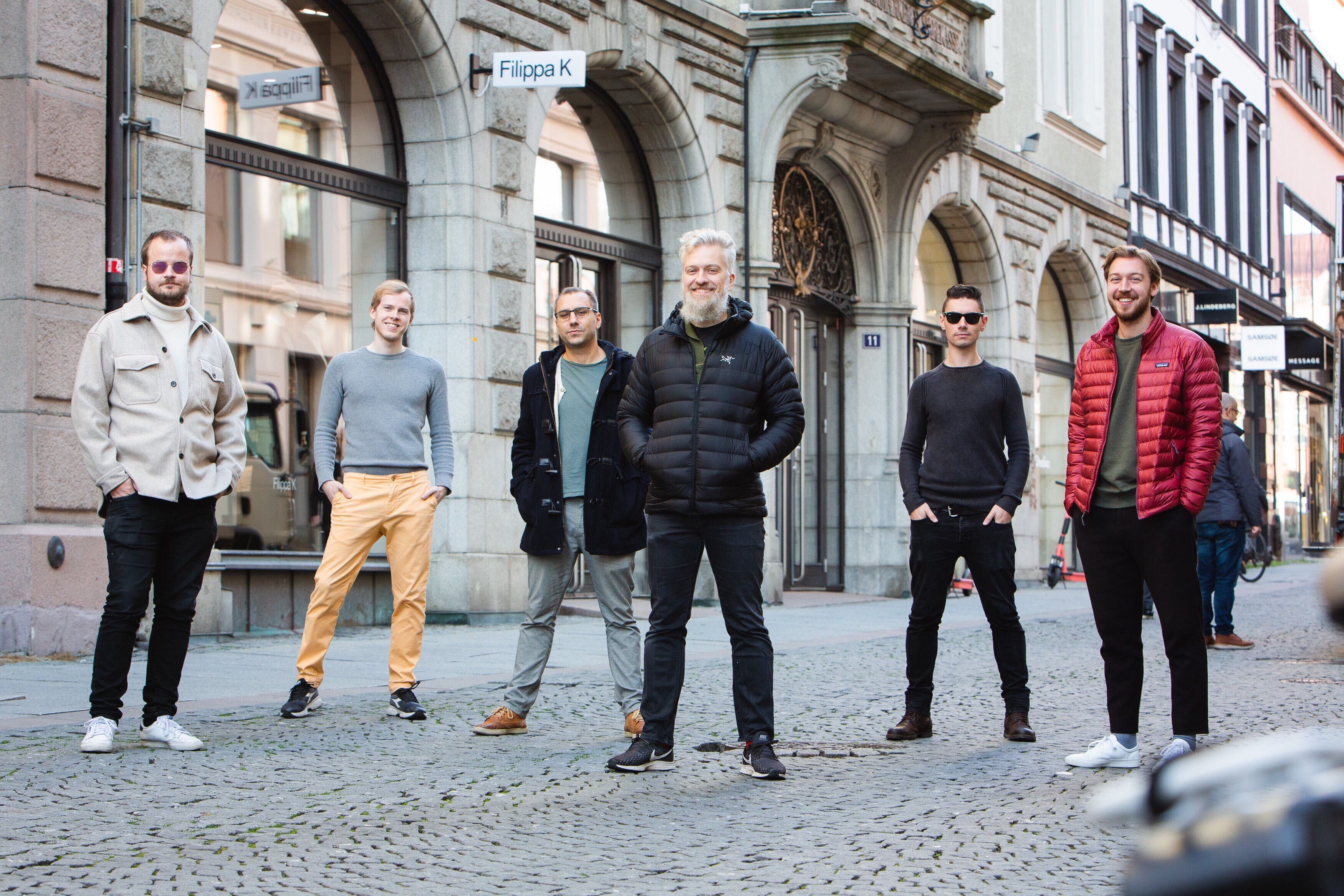 GIFs and videos of gameplay

Apt Games allows for the contents of TERROR SQUID to be published through video broadcasting services for any commercial or non-commercial purposes. Monetization of videos created containing assets from TERROR SQUID is legally & explicitly allowed by Apt Games. This permission can be found in writing at https://terrorsquid.ink/presskit.

Winner of the 2019 Norwegian Gameplay Championships

Apt Games is a games studio born out of Norway's most prestigious digital communications agency, TRY Apt. Our mission is to reach new audiences through innovation, and to create brands where games are the core product.

There’s a belief that a trailer should have something, anything, to do with the game its representing. This is clearly unnecessarily restrictive, as evidenced by Sony’s output over the years, but still generally reserved as a stunt for the bigger players who’ve already got brand recognition. And then there’s Terror Squid ...

- James Cunningham, All the Love and Romance in Terror Squid Valentine’s Day Trailer

It [the teaser trailer] doesn’t tell you anything about the type of game that TERROR SQUID is, but does it matter? Do you not watch that teaser trailer and feel like you’ve seen something important, the holy grail if you will, and now all that matters is you play TERROR SQUID and try not to bleed from your eyes? There is another, somewhat more normal trailer if you actually want to see the game in action. But where’s the fun in that?

Terror Squid looks as though it will be a perfect fit for the Nintendo Switch. The console’s compact size lends itself to sleepless nights spent in bed battling just one more level, when players should be sleeping, and tight controls look to make for many missed connections on countless daily commutes that will be extended by hours just to try to complete one more level.

- Jamie Sharp, Terror Squid lets you create your own bullet hell on Switch this spring

Story-wise, nothing except cryptic (and sometimes creepy) images have been flashed during the trailer. Lastly, if your eyes are sharp and it has not been redeemed yet, there are game codes hidden in the trailer (I saw two so far).

- Kenneth Araullo, Terror Squid, A Shmup Filled With Vector Graphics, Is Headed To The PC And Switch This Fall

Terror Squid is still looking both great and oddly scary in its latest teaser trailer. Released as a part of Gamescom’s “Awesom Indies” showcase, this teaser gives fans another glimpse of the terror they can wreak upon themselves. Indeed, none can stop the cosmic horror squid, but it can take itself out quite easily.

Terror Squid is a video game that’s coming out, and it does indeed seek to combine classic twin-stick shooter Geometry Wars with the Cthulhu mythos. Wild, right?

- Samuel Guglielmo, TERROR SQUID LOOKS LIKE A COMBINATION OF GEOMETRY WARS AND CTHULHU 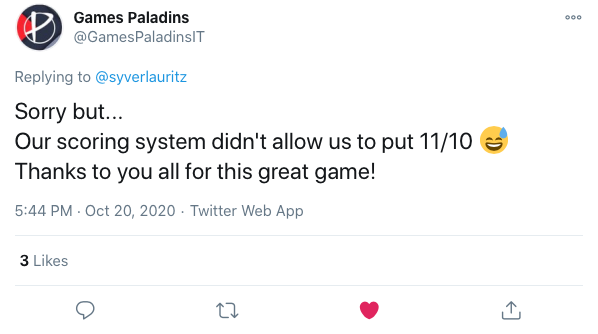 Everyone on our Discord, who contributed with valuable feedback and countless hours of playing. Thank you!

Made possible with funds from the Norwegian Film Institute.